Woodland Hills, Los Angeles, CA (October 17, 2018) – The California Highway Patrol reported that twenty-five people were hospitalized in Los Angeles as a result of a terrifying bus crash. According to officials, the crash was reported early Wednesday morning on October 17. At this time, there are no details identifying the injured victims or the drivers involved in the crash. 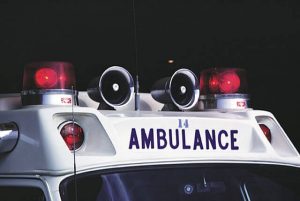 According to investigators, the 405 freeway was shut down for hours following a horrific collision involving a bus. A recently released dash cam video confirms that the bus darted to the right, bounced off a freeway barrier, and proceeded to shoot back to the left before barreling through a concrete median into oncoming traffic. Twenty-five people sustained injuries as a result of this violent collision. These injuries likely occurred due to lack of seat belts on the bus.

Investigators are relying heavily on witnesses and video from other vehicles to help them determine the cause of the accident. Paramedics were dispatched to the crash site where they were able to render aid to injured victims. First responders transported twenty-five injured victims to a local hospital for treatment of their injuries, ranging from minor to serious in nature. At this time, only one woman remains hospitalized.  That person has been identified as the bus driver. Investigators are setting up forensic vehicle analysis to see if they can rule out a mechanical cause of the crash.

At this time, investigators are looking for the probable cause of the accident. As more evidence continues to surface, more information will be released to public sources.

We wish all twenty-five injured victims strength and peace of mind during this difficult time.  We hope that everyone is able to fully recover from the injuries that they sustained in this terrible accident.

As part of the ongoing investigation, officials will determine if drugs, alcohol, recklessness, negligence, or distracted driving played a role in the events leading up to the bus crash. Meanwhile, investigators will inspect the bus and examine photographs of the crash site to determine if the driver had experienced mechanical issues or system failure.

If you or a loved one have been injured in a bus accident due to the negligence of another party you may be entitled to compensation.  Filing a lawsuit may help alleviate financial burdens from painful injuries and medical bills. The Los Angeles Injury Group is here to assist you with reaching a settlement with other insurance companies, or if necessary, represent you in a lawsuit. At Los Angeles Injury Group we will work to ensure your rights and give you the peace of mind you deserve to focus on your recovery.