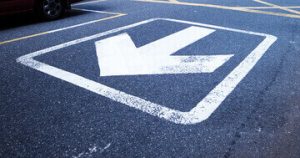 Woodland, CA (September 29, 2018) – A child was badly injured in a serious hit-and-run accident that happened on West and Court Streets. The accident happened on Thursday, September 20 around 8:30 a.m.

Police who arrived at the scene found that the child had been a student and was on his way to the Lee Middle School when he was suddenly struck by a vehicle at the intersection. The child received moderate injuries in the accident due to the collision.

Paramedics said that the young victim was taken to the Davis Medical Center for treatment.

Police affirmed that the motorist who struck the boy did not stop and fled the scene. Now, police are looking for the suspect’s vehicle, which was described as a light blue Chevy.

Hit-and-run accidents are detrimental times during a child’s life and can cause serious injuries. If your child has been involved in a pedestrian accident and the driver did not stop to render aid, there is a good chance that the family of the loved one will be able to bring a personal injury claim on their behalf.

We wish to extend our condolences to the family of the child who has been injured. We were extremely saddened to hear about this accident and hope that he has an easy recovery.

The family members of the student might be able to bring a claim so that the child is able to compensate for hospital bills, future medical needs, and lost wages, depending on what age the child was. A family deserves payment for the many bills they have had to balance since the accident.

At the Los Angeles Injury Group, we want to stand by your side if you decide to bring a claim against the negligent party. Call us for more information on how to get started on your case at 310-954-7248.