Who is at Fault in a Bicycle Accident, and So Much More

Every year in the United States, there are hundreds of fatalities for bicycle riders, who share the roadways with cars. Cycling is actually known to be a relatively dangerous activity, with 630 fatalities and 51,000 injuries happening in 2009 alone, according to the National Highway Traffic Safety Administration (NHTSA). A spokeswoman for the NHTSA commented on these accidents and said that “Fault is difficult to determine.” However, in most accidents, cars are deemed the likely culprit, as they’re bigger, more powerful, and put bicyclists in a situation where they are unable to help themselves. So what do you do when you have been injured in a bike-related accident and need help because of your serious injuries? 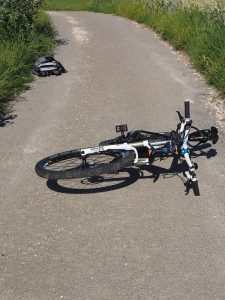 When an accident occurs, there are some things that you should know. First of all, there are two types of bicycle accidents that happen more frequently than others. They include the following:

No matter what, if you are somebody who has been injured in a cycling accident, you should always call the police. The reason for this? The police report will show information that is gathered on the scene. This means that the story won’t change down the line based on evidence that comes out. It is also important for you to obtain the vehicle driver’s insurance info, address, phone number, and all other contact information. You should do the same for the witnesses on the scene. You never want to admit fault, which could minimize your injuries later on down the road.

The next thing you have to ask is this: Did negligence play a role in your case? Collisions that take place between bicycles and cars usually turn into issues of negligence, which is present in almost every type of personal injury case. Proving negligence usually turns to eyewitness testimony, police reports, and many other types of evidence. Drivers and bicyclists can both be negligent in certain cases for a variety of reasons, from running a stop sign or traffic light to speeding. It is not uncommon for a vehicle driver to claim that a bicyclist is partially at fault. California is a comparative negligence case that means that any compensation that you, the bicyclist, will receive will likely be reduced by an amount that is equal to your fault. This means that if you were supposed to have $50,000 in damages but you were 20% responsible for the accident, the damages would then be $40,000.

If you have been injured in a bicycle accident, you may have questions for us. These accidents can be extremely serious, with a variety of damages available to you when another party was at fault. Call us at the Los Angeles Injury Group for more information on how we can help you with your case. We are waiting to hear from you at 310-954-7248.


Tags: bicycle accidents, Who is at Fault in a Bicycle Accident