When a Speeding Accident in California Leads to Injuries

If you have been injured in a Los Angeles car accident due to the negligence of another party, it can be difficult to recover during one of the most devastating times in your life. Perhaps you have been involved in an accident due to distracted driving by another party, drunk driving, or a speeding accident due to a driver who was not obeying the posted speed limits in the area. No matter how your accident occurred, you want to be able to show that another party is liable for your injuries and that you have a chance to move forward at this time. Doing this by yourself can be overwhelming, but the attorneys at Los Angeles Injury Group can help.

Effects of Speeding on a Driver

The National Highway Traffic Safety Administration has researched the 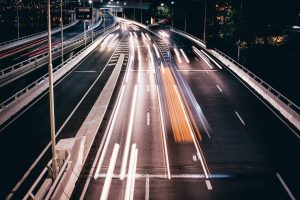 effects of speeding on many drivers who utilize our roadways. Speeding endangers not just the drivers who engage in these negligent actions but also the drivers and passengers of other motor vehicles. In 2016, speeding took the lives of over 10,000 people, which accounted for 27% of traffic fatalities in that year on our nation’s roads. Speed limits have been put in place to protect our lives and, when they are not abided by, it can spell disaster for everyone on the roads.

Dangers of Speeding in California

Speeding is dangerous because it can cause a driver to lose control of their vehicle more easily, reduce protection to those in the vehicle, increase stopping distance after the driver perceives dangers, increase the likelihood of severe injuries, and more. People tend to speed when they are in traffic on LA’s highways and have somewhere to be. Other times, they might speed when they are acting in a reckless fashion around others, such as road rage when the roads are congested. Drivers might weave in and out of traffic, driving at speeds that they are not used to and lose control.

Proving Liability in Your Case

If you have been injured in a car accident in Los Angeles County due to a driver who was driving over the posted speed limit, you have a right to bring a personal injury case for any damages you might have received. However, you as the plaintiff have to be able to show that the other driver was at fault for your accident. One of the best ways to show this is through the police report, which is made at the scene of your accident. Police will typically arrive at the scene of an accident that involves injuries and write a report that shows the exact circumstances of the accident.

You can also take a closer look at the state’s traffic laws with the help of your Los Angeles car accident attorney. Was somebody driving 60 mph in a 40 mph posted zone? They have clearly broken a rule of the road that would have otherwise earned them a ticket. Because the accident led to injuries, it will be held to a certain duty of care and the driver will be liable for your injuries due to this revelation.

You have many rights when it comes to your accident case. At the Los Angeles Injury Group, we want to help you every step of the way when it comes to protecting yourself in the midst of your claim and moving forward to receive the damages you deserve. We are here to help you obtain compensation for aspects like medical bills, lost wages, emotional damages, and more. Call us for more information to get started on your case at (310) 954-7248.