Police reports indicated that a man in an Acura sedan was driving erratically. When the police attempted to pull him over the driver failed to comply and instead gave chase.

Shortly after the police halted their pursuit of the suspect due to his dangerous driving, the Acura ran head-first into a Honda Civic. A third vehicle then collided with the Honda.

The woman driving the Honda sustained injuries during the crash.

The driver of the Acura again attempted to flee the scene on foot but was later found and arrested. He was also transported to a hospital for treatment of minor injuries.

The crash is under investigation.

Our thoughts are with the injured victims and their families at this time. We hope for their full recovery. 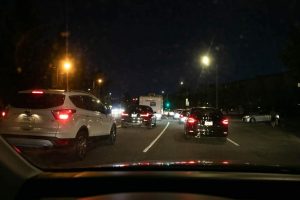 Car accidents make up a substantial percentage of California’s wrongful death and personal injury claims. While a lot of auto accidents do possess similar causative factors, each one also has its own set of unique details. Every car accident should be completely investigated in order to ensure the maximum amount of financial recovery.

The more serious the outcome of the accident, the more likely it is that you will benefit from the advice of a qualified personal injury attorney. Insurers and adjusters will try to take advantage of injured victims who do not have legal representation. Insurance companies are not in the habit of protecting your best interests. They are, however, in the habit of protecting their profit margins. It is rare that the victim of a catastrophic car accident will truly benefit in any claim without first consulting with an attorney.

If you or someone you love has been injured as the result of a car accident in which you were not the negligent driver, then California law allows for you to receive financial compensation for any damages that the other driver’s carelessness has cost you.