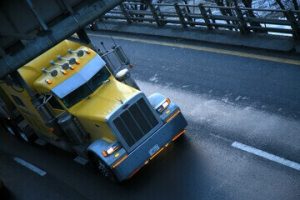 Ventura County, CA (August 13, 2018) – The child who was killed in a tanker truck collision Friday has now been identified. 9 year old Ruben Arroyo was riding in a 2014 Chevrolet Impala with his mother a 7 year old girl.   The Impala was traveling southbound on Balcom Canyon Road when it attempted to turn left onto eastbound Highway 118.

Unfortunately, while in the process of turning, the vehicle struck a Peterbilt tanker truck carrying about 8,000 gallons of gasoline.  The ensuing violent crash left Arroyo dead.  A 7 year old in the vehicle was ejected and thrown onto nearby railroad tracks.  The driver of the vehicle, Arroyo’s mother, also suffered major injuries.   The driver of the truck, a 65 year old Los Angeles man, was taken to a hospital for treatment of moderate injuries.  Besides Arroyo, police have not identified anyone else in this crash.

Following the crash, about 1,000 gallons of fuel spilled into the highway resulting in a major clean up effort.  The crash remains under investigation.

We are saddened to hear of the death of such a young child in a tragic crash.  Losing a child under any circumstances is never easy.  It is especially difficult to lose a child to a car accident.  Car accidents do not discriminate; they affect everyone both young and old.

Tanker truck accidents are by far some of the most deadly accidents we encounter.  The sheer size of these trucks means that any impact is likely to produce deadly force.  Compared to much smaller passenger vehicles, the tanker truck is a deadly machine.

When a truck driver is negligent, the results can be catastrophic.  A Los Angeles truck accident attorney knows how to get you the best possible legal result under a very bad set of circumstances.

At the Los Angeles Injury Group, our attorneys have substantial experience assisting victims of truck accidents across Southern California.