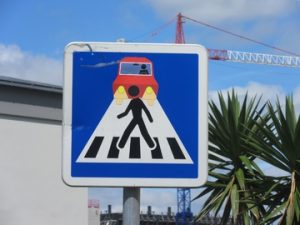 Van Nuys, CA (September 16, 2018) – Police say that a pedestrian was killed in a deadly hit-and-run at Sepulveda Boulevard and Wyandotte Street on Friday night, September 14. The accident happened at 9:45 p.m.

Police said that a man in his 50s was struck by a white 2016 Chevy Cruze near the intersection.

The pedestrian was severely injured, which eventually led to his death, when he was knocked to the ground. He was pronounced dead at the scene of the accident. As of right now, his name has not been released.

The driver of the Chevy was identified as 60-year-old Kenneth Korevaar, who was arrested on suspicion of felony hit-and-run. Police believe that a second vehicle also struck the victim and that the suspect might have been intoxicated. Police are still researching at this time.

We wish to extend our condolences to you at this time if you have lost somebody close to you in a pedestrian accident. Police will soon determine who is liable in this serious accident that led to deadly results and grief for all those involved. You have a right to compensate on behalf of your loved one after a serious accident.

Pedestrian accidents tend to lead to tragic results. Drivers on our roadways are expected to abide by a certain duty of care when pedestrians are involved. When a driver has then acted in a negligent fashion, the family might be able to recover through what is known as a wrongful death claim.

Many family members could lose out on damages such as lost wages, medical bill repayments, funeral costs, and so many other aspects. If you have lost someone close to you in an accident, we are here to protect your rights. Call us today for more information at the Los Angeles Injury Group at 310-954-7248.