Van Nuys, CA (December 11, 2019) –  A man on a bike was hit by a car and killed on Saturday, December 7th at the intersection of Victory Boulevard and Kester Avenue.

The accident occurred at around 6:00 p.m.

The collision occurred when a driver heading westbound along Kester Avenue drove through the intersection at Victory Boulevard and collided with a bicyclist who was traveling in the opposite direction, supposedly illegally crossing into the intersection.

The bicyclist, thought to be in his 40s, sustained critical injuries during the accident.

He was transported by paramedics to a local trauma center. He was pronounced dead a short while later.

According to the local police, the driver obeyed the law by pulling over and calling for emergency assistance.

We would like to offer our condolences to the family of the deceased victim at this time. 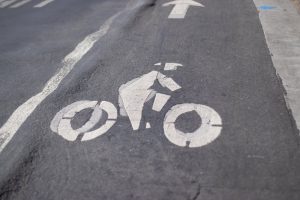 The main cause of critical injuries and death among bike riders in California is speeding cars and trucks. Even tiny jumps in speed over the legal limit turn into massive raises in the level of the risk of fatality in a car accident. Speeding also increases a vehicle’s impact and stopping distance.

The bicycle accident attorneys at the Los Angeles Injury Group have spent decades assisting victims of California bicycle accidents in recovering the financial losses that they have endured and are entitled to collect according to the law.

If you have been injured in a bicycle accident and would like to have a free consultation with a qualified personal injury attorney concerning your case, then please give us a call at (310) 954-7248 as soon as possible.