Understanding the System of Comparative Negligence in California

Determining fault and liability in an accident is one of the most important things that you can do when you have been injured and are working toward compensation. Fault is determined in many ways such as negligence, intentional conduct, recklessness, and more on our roadways. When somebody acts in a way that goes against the standard duty of care, you might have a claim for compensation against that party for their action.

Negligence is still considered an accident. Perhaps somebody didn’t try to cause the accident, but their actions led to it regardless, such as running through a red light even though you know that you should stop. In other cases, the person might have acted recklessly, such as in cases of drunk driving where somebody knows that their recklessness will lead to an accident but continues to engage in the action.

Deciding who is at fault is one of the most difficult parts of a claim. In some cases, it might not be so clear who is at fault. Let’s take this for an example: 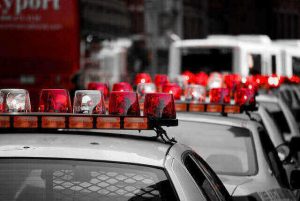 Person A is at a stop sign and looks multiple times before they start to proceed. Suddenly, person B is coming down the roadway faster than the posted speed limit and is unable to slow down. They also come through the stop sign and crash into one another. Who is at fault? One person was breaking the law by speeding, while another was not being cautious enough. This is one example where comparative negligence might come into play, which plays a role in many California personal injury cases.

Comparative negligence is the way that the state decides to split the responsibility for damages. Your amount of recovery damages for your injuries might be reduced by the percentage of fault that is applied to your case. For instance, if you share 50% of the fault under the law and your damages were worth $100,000, you might only then receive $50,000 in awards.

In some states, you might find that the state carries a rule known as ‘modified comparative negligence,’ which is when the plaintiff was less than 50% at fault and the state will not allow them to bring a lawsuit. Other states only follow the contributory negligence rule, which means that injured parties cannot collect any damages if they are even 1% at fault for their own accident. These states follow strict rules to ensure that nobody receives compensation if they played a role in their own accident.

Overwhelmed in the Face of Negligence?

When it comes to determining liability and fault in your accident, you will find that this can quickly become one of the most stressful parts of your claim. This is why it is always a good idea to speak to your attorney if you are unsure of who is at fault, especially in cases where the police have not been able to determine fault through the use of a police report.

We are here for you every step of the way as you work on bringing your accident claim. Call us today for more information at the Los Angeles Injury Group to find out what we can do for you. We are waiting to hear from you at 310-954-7248.