A tragic accident in front of a South Los Angeles home has left a two-year-old boy dead. 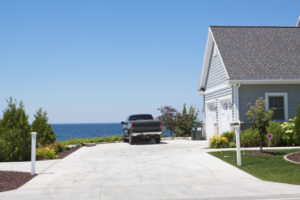 A 24-year-old man was driving his Ford F-150 out of his front driveway around 10 am when he struck his 2-year-old nephew.

According to police, the man drove a few feet down the driveway and felt an impact. He stopped and got out of his truck to discover his nephew had been hit by the right front wheel of the truck.

The toddler was pronounced dead at the scene by paramedics.

It’s unknown how the boy made his way to the driveway as family members last saw him playing in the backyard shortly before the accident.

Driveway accidents involving kids usually result from a lapse in supervision. Kids can easily end up dangerously close to a vehicle that’s about to move and they can be impossible for a driver to see without a backup camera.