According to the National Conference of State Legislatures (NCSL), 30 states have dram shop laws. California is among 22 of the 30 states in which liability is limited to cases in which the person served was an individual less than 21 years of age, or a minor. 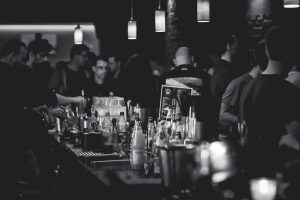 California Business & Professions Code § 25602.1 does carve out an exception for cases in which parties authorized by the federal government to sell alcoholic beverages on a military base or other federal enclave as well as any other person who serves alcohol to obviously intoxicated minors. Such parties may be held liable when the furnishing, sale, or giving of an alcoholic beverage to the minor is determined to be the proximate cause of personal injury or death.

The furnishing of the alcoholic beverage may be found to be the proximate cause of injuries or death in such cases.  California Business & Professions Code § 25602(a) does also make it a misdemeanor for any person to sell, furnish, gives, or give away any alcoholic beverage to a “habitual or common drunkard” or “obviously intoxicated person.” The criminal liability, however, does not translate to civil liability.

If you sustained serious injuries or your loved one was killed in a drunk driving accident in Southern California, it is in your best interest to retain legal counsel as soon as possible. The  Los Angeles Injury Group can immediately begin conducting an exhaustive and thorough investigation of your crash to make sure that all negligent parties are held fully accountable.

Our firm represents residents and visitors involved in drunk driving crashes throughout the greater Los Angeles area. Call (310) 954-7248 or contact us online to receive a free, no obligation consultation that will allow our personal injury lawyer to review your case and answer all of your legal questions.