Temecula, CA (October 17, 2018) – Local authorities reported that a motorist was hit on northbound Interstate 15 when a reckless driver was plowing through traffic. The incident started in San Diego near Miramar Road when caller first started calling 911 to report his erratic driving. The incident  was first reported at approximately 4:50 pm  in the afternoon on Tuesday, October 16.

Callers indicated that a 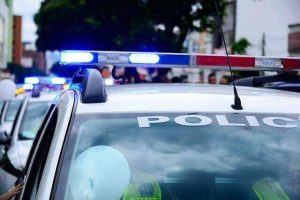 was racing through traffic, weaving in and out of lanes, driving on the shoulder and yelling at other drivers when he hit a motorist.  Everyone that witnessed the accident said that the Scion was going aprroximately 90 mph at the time. Multiple witnesses began calling 911, before the driver sideswiped the center divider wall several times and then struck a utility pick-up truck in Escondido.  He continued driving.  The CHP attempted to locate the driver but continued his reckless manuevers until he lost control of his vehicle and crashed near the exit for State Route 79. The vehicle flipped over and came to a stop on its side. By the time authorities arrived at the scene the driver had already crawled out of his vehicle and fled on foot.  Authorities are still searching for the driver.

This is an ongoing investigation.  No additional information has been released about the conditions of the victims involved in these accidents.

As part of the ongoing investigation, officials will determine if drugs or alcohol played a role in the events leading up to the crash. Meanwhile, investigators will inspect the vehicle and examine photographs of the crash site to determine if the driver had experienced mechanical issues or system failure.

If you or a loved one have been injured in an accident due to the negligence of another party, you may be entitled to compensation to help alleviate financial burdens, including painful injuries and medical bills. The Los Angeles Injury Group is here to assist you by trying to reach a settlement with other insurance companies, or if necessary, taking your case all the way to trial. Our skilled accident attorneys will work to ensure your rights are protected and ensure that you areable to focus on whats important, your recovery.   Give us a call today for a free consultation to discuss your accident at 310-954-7248.