Recreational use of marijuana became legal in California on January 1 of this year. If you are injured in a crash that you believe was caused by a motorist who was under the influence of marijuana or any other kind of controlled substance, you should be sure to make your concerns known to a police officer who can investigate and may be able to order testing.

The Los Angeles Injury Group represents clients injured in drugged driving crashes in California and works to hold all negligent parties accountable. You can have our Los Angeles personal injury lawyer provide a complete evaluation of your case as soon as you call (310) 954-7248 to schedule a free consultation. 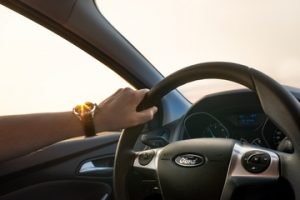 Drugged driving accidents are similar to drunk driving crashes in that both involve motorists who are operating under the influence of intoxicating substances. Unlike drunk driving offenders, who can often be tested with the use of portable equipment, people suspected of drugged driving usually submit to blood or urine tests.  As a result, most drug tests take longer to get results for. On the other hand, most drugs also remain in the systems of offenders for longer periods than alcohol. Marijuana, in particular, may appear in drug test results up to 30 days after original consumption.

It is important to remember that criminal cases and civil cases have two different burdens of proof. In a criminal case, a defendant’s guilt needs to be proven beyond a reasonable doubt. This is the highest legal standard.

In a civil case, a defendant’s negligence only needs to be proven by a preponderance of the evidence. This effectively translates to “more likely than not,” meaning the greater weight of the evidence supports one party’s argument.

Did you suffer severe injuries or was your loved one killed in a drugged driving accident in California?  You will want to contact the Los Angeles Injury Group as soon as possible. We represent clients on a contingency fee basis, meaning you pay nothing unless you receive a financial award.

Our Los Angeles personal injury lawyer can fight to help you obtain all of the compensation you need and deserve. Call (310) 954-7248 or contact us online to have our attorney review your case and discuss all of your legal options.