South Gate, CA (June 17, 2019) – Manuel Coronel, 67, has been identified as the man who struck and killed while riding a bicycle. This occurred on the Imperial Highway, near the onramp to the northbound Interstate 710/Long Beach Freeway, around 11:30 p.m.

The suspect who hit Coronel was believed to be driving an early 2000s Ford F-250 or F-350 pickup truck or Excursion SUV. Coronel died from his injuries on the scene, while the driver fled the scene. The suspect left his front grill behind at the scene.

Our thoughts are with the friends and family of the victim killed in this incident. 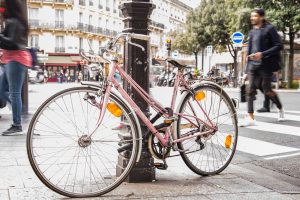 
Tags: Imperial Highway near the on-ramp to the northbound Long Beach (710) Freeway around 11:30 p.m., Manuel Coronel 67 has been identified as the man who struck and killed while riding a bicycle., South Gate CA - Fatal Bicycle Hit-and-Run Accident on Imperial Highway, The suspect who hit Coronel was believed to be driving an early 000s Ford F-250 or F-350 pickup truck or Excursion SUV.