Selma, CA (September 30, 2019) – A driver was killed in a fatal DUI accident on Mountain View Avenue at Clovis Avenue on Friday, September 27th.

The deceased victim was identified by the California Highway Patrol as Olivia Mendoza, a 19-year-old resident of Fresno.

Mendoza was in a Honda Civic driving westbound on Mountain View Avenue shortly after 7:00 p.m. when she was hit by a tractor-trailer.

CHP stated that the tractor-trailer was traveling northbound along Clovis Avenue when the driver blew through a stop sign and crashed into the Civic.

The semi, which was hauling around 80,000 pounds of produce, evidently kept driving north where it then crashed head-on into another semi.

Emergency medical technicians were on the scene and confirmed that Mendoza died as a result of injuries she sustained during the wreck.

The driver of the semi that ran into Mendoza was found to be under the influence. He was arrested at the accident site. 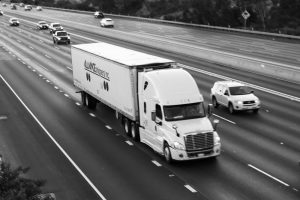 In 2000, the Federal Motor Carrier Safety Regulations were established by the federal government to help oversee the tractor-trailer industry and to increase the safety of commercial vehicles throughout America.

Sadly, many truckers and the companies that employ them routinely disregard this set of safety rules in favor of cutting corners and preserving the company’s bottom line. Refusing to follow these safety regulations is only going to result in an uptick in the country’s overall number of disastrous and fatal tractor-trailer accidents.

One of the most important things that a tractor-trailer accident attorney can do for you is to make sure that your rights are always protected. At the Los Angeles Injury Group, we are here to advocate for you. We won’t let you and your family be taken in by a settlement that only sounds reasonable but is really shortchanging you.

If you have been injured in a tractor-trailer accident in the Los Angeles, California area, reach out to us by calling (310) 954-7248 and scheduling your appointment for a free consultation regarding your personal injury case