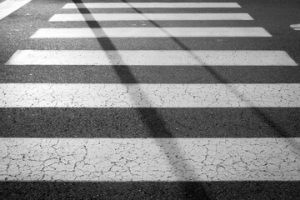 The collision happened around 8:00 p.m. San Diego police officials quickly came to the scene of the accident to investigate.

One witness said that three young men in their early 20s were getting into an argument with another resident in the area. They then took off in a Honda vehicle, speeding all the way.

The vehicle veered over to the right, which caused it to jump a curb. This is when it struck two women who had been walking on the sidewalk in the area of Molino Road. The victims sustained significant injuries and were taken to the hospital by ambulance. They have both been listed in serious condition.

The Honda sped off, which was then spotted in another neighborhood by police. Authorities confirmed that a 16-year-old teen owned the vehicle and he was later arrested. Two accomplices have not yet been caught by police but police have their identities.

They continue to investigate at this time.

If somebody has engaged in a hit-and-run accident, especially one involving vulnerable pedestrians, they could likely be facing criminal charges. This can help in the midst of your claim because it is likely that the criminal charges on the police report will help you show that a party is liable for your damages.

Following your pedestrian accident, you will probably sustain serious damages such as lost wages, medical bills, and so much more. You have options and we want to help at the Los Angeles Injury Group. Call us for more information at 310-954-7248.