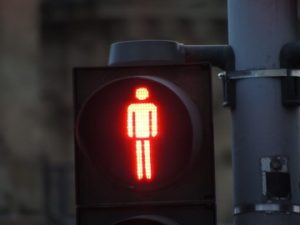 Santee, CA (September 1, 2018) – Two pedestrians were involved in a serious hit-and-run pedestrian accident that ended in one fatality and one severely injured. They have since been identified as 46-year-old Julie Johnson and 30-year-old Jayme Johnson.

The accident happened on Molino Road on Wednesday night. Julie Johnson lost her life, while Jayme Johnson received serious injuries. The two women were struck by a vehicle that was described as a late-model Honda sedan.

The Honda was occupied by three teenagers who had been arguing with a resident in the neighborhood. They sped away from the scene, which is when the Honda suddenly jumped a curb and hit the two pedestrians.

Originally, Julie Johnson was admitted to intensive care but then later passed away due to her injuries. Jayme was identified as her daughter-in-law. She was hospitalized with serious injuries but released from the hospital on Thursday afternoon.

Police brought in two of the involved teens but a third is still on the run.

Our condolences are with the family during this difficult time after losing a loved one in an accident that could have been prevented.

Pedestrian accidents are common throughout California, with 700 people losing their lives every year and 12,000 were hospitalized for their serious injuries. If you have lost a loved one or received serious injuries in a pedestrian accident, you need a legal advocate on your side to help you bring a claim for the compensation you deserve during this difficult and life-changing period.