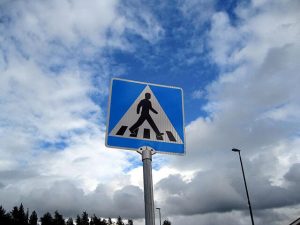 Santa Rosa, CA (August 6, 2018) – A pedestrian was struck by a car and critically injured on Sunday morning.  Just after midnight, 59-year-old Peter M. Howe was walking on Highway 1 near Ocean Drive when he was struck by a vehicle.  The driver of the vehicle was identified as 51-year-old Tricia H. Godwin.

Howe was critically injured in the crash.  He was first transported to Mendocino Coast District Hospital before being airlifted to Santa Rosa Memorial Hospital.  There is no update on his condition at this time.

Godwin remained on scene and cooperated with investigators in the aftermath of the crash.  The California Highway Patrol is investigating this incident.  Alcohol and drugs are not believed to have played a part in this crash, although police have not released a specific cause.

Our thoughts are with Peter Howe as he recovers from this tragic pedestrian accident.

Each year, thousands of pedestrians are hurt following vehicle collisions.  Some of the injuries will be serious and even fatal.  After a pedestrian crash occurs, police first work to determine who is at fault. Following the investigation, there is a written report detailing the events leading to the crash.

In California, a pedestrian who is struck by a vehicle may have a legal claim for personal injury. In order to bring a claim, the pedestrian must establish that the driver was negligent in causing the crash. Some ways that drivers are typically negligent are:

If a pedestrian is injured due to a negligent driver, the pedestrian can recover compensation for their injuries, including both physical costs like medical bills and psychological costs like pain and suffering.  In this crash, it is still too early to determine whether Ms. Godwin was negligent in any way.