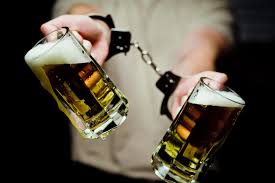 Santa Rosa, CA (August 4, 2018) – A motorcyclist was killed and two others were injured in a tragic wrong way crash on Highway 101.  The crash happened on Friday in Santa Rosa.  The tragic scene of events unfolded when 53 year old Sherry Risch allegedly drove her 2005 Kia Rio the wrong way on Highway 101.

Risch crashed into a motorcycle and a Honda Odyssey.  The motorcycle rider, 56 year old Daniel Adams, died as a result of the crash.   44 year old Phim Kho and 59 year old Yu Kwong, were seriously injured and rushed to a local hospital.  Kho and Kwong were both in the Odyssey at the time of the crash.

An investigation by police led to Risch being charged with DUI.  She also faces a charge of gross vehicular manslaughter.

We are deeply saddened to hear of this tragic accident.  One of the most irresponsible decisions a driver can make is to get behind the wheel while impaired.  Impaired drivers have a slowed reaction time and an inability to appreciate the risks of driving.  This leads to substantially increased danger to everyone else on the road.

At this time, it appears that Sherry Kisch will be held responsible for the wrong way crash.  In additional to criminal punishment, Kisch faces civil liability in personal injury and wrongful death cases from the victims and their families.

If you have been hurt by a DUI driver in Los Angeles or surrounding areas, we want to help.  At the Los Angeles Injury Group  our attorneys know what it takes to win a DUI crash case.  We have helped hundreds of victims of these terrible accidents all across Southern California.