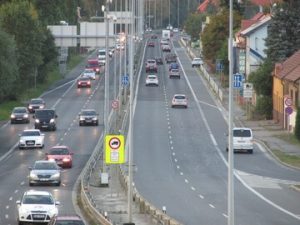 An older-model Toyota sedan and a Honda allegedly collided with one another at the intersection. Paramedics arrived at the scene quickly and attended to one woman who had been inside one of the vehicles at the time. Luckily, she is expected to recover.

Witnesses then told police that they saw two men running away from the scene after the incident. Authorities are still investigating, as they have not found the suspects.

Unfortunately, too many hit-and-run accidents take place on our roadways every year across California. When somebody makes the decision to flee the scene, they are committing something known as felony hit-and-run and could be held fully liable when police catch up to them. This is why it is always a good idea to call the police immediately following your accident, as any leads could help you recover during this difficult time.

We offer our condolences to you if you have been involved in a frightening accident and the driver fled the scene. Hit-and-run accidents can be upsetting and worrisome in a variety of ways.

In this case, the injured woman has a right to pursue compensation for aspects like hospital bills, medical care, and more in relation to her accident. If somebody has committed wrongdoing through a hit-and-run accident, you might wonder how you can move forward with an accident. Turn to a legal advocate who can help at the Los Angeles Injury Group. Call us for more information at 310-954-7248.