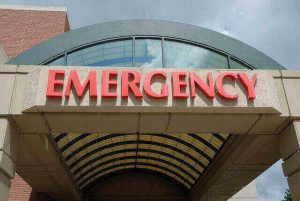 Santa Maria, CA (August 4, 2018) – A two car crash on Thursday in Santa Maria left one person dead and another injured.  Just after 7:00 pm a Kia Spectra and another vehicle were involved in a crash on Autumn Road, near the intersection of Betteravia and Telephone Roads.

One of the motorists involved, Antonio Perez-Cortes, flagged down a nearby ambulance for assistance in the aftermath of the crash.   A 16 year old girl in the Kia was ejected during the crash.  Paramedics rushed her to the hospital where she was pronounced dead.  20 year old Jane DeJesus, the Kia driver, suffered injuries in the wreck.  Her injuries are minor and not life-threatening.  Ironically, Perez-Cortes was transporting his stepchildren to a hospital when this crash occurred.

Police have not released any further details surrounding the collision.  This accident remains under investigation.

Our thoughts are with those injured and the family of the 16 year old killed in this tragic wreck.

Authorities will work diligently to determine the cause of the crash.  While the crash remains under investigation, it is premature to speculate about what might have happened.   Police will examine the accident scene closely and talk with all witnesses in order to determine if negligence played a role in the crash.