Santa Cruz, CA (September 23, 2019) – Officials from the California Highway Patrol have identified the victim who died in a car crash last week on Friday, September 20th as Steven Edward Lovett.

The 31-year-old Watsonville resident was involved in the fatal accident just before 8:00 p.m. on Highway 1 near Soquel Drive.

The California Highway Patrol issued a statement saying that Lovett was driving his 2000 Harley Davidson motorcycle on Highway 1 heading southbound at a high rate of speed. For reasons that have not yet been determined, he was hit by a 1998 Toyota Camry that was heading in the same direction.

The motorcyclist then crashed into the center median of the roadway.

He was pronounced dead at the scene.

No one on the Toyota was harmed.

We would like to offer our deepest condolences to the family of the deceased victim, Steven Edward Lovett, at this time. 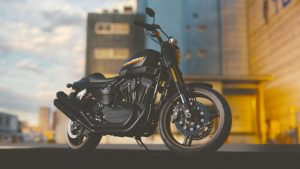 California is an incredibly scenic state with an enviable temperate climate that lasts throughout the year. It is also home to the largest number of licensed motorcyclists in the country. California is no slouch when it comes to breathtaking motorcycle rides along beautiful roadways with sweeping curves that draw bikers from all across the world. It is because of these reasons and the huge overall volume of motorists on our roads, that Califonia has more than its fair share of motorcycle accidents.

If you or someone you love has been injured as the result of a motorcycle accident in which you were not the negligent driver, then California law allows for you to receive financial compensation for any damages that the other driver’s carelessness has cost you.