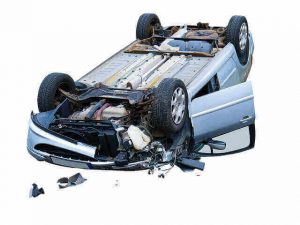 Police were initially called to the scene of the accident on southbound Highway 57 to southbound 5 Freeway. They said that a black Lexus and a silver pickup truck collided for reasons that are not yet known. The two vehicles were found on the right shoulder of the roadway.

A tow truck came to the scene to remove the badly-mangled Lexus from the crash site. There were delays in the area until the vehicles were removed.

Every day, a variety of two-vehicle collisions occur across California, causing serious injuries and more in their wake. We wish to extend our sincerest condolences to you if you have been involved in one of these accidents.

You have many rights when it comes to vehicle collisions. Are you able to show that the other party acted in a negligent fashion, such as showing photographic evidence of the accident or through witness statements made at the scene? If so, you might be able to prove that the other party is liable for a variety of damages such as lost wages, medical bills, future rehabilitation costs, and more.

Accidents can be extremely taxing on a financial, emotional, and physical level, which is why you need an experienced attorney standing by your side. You should never attempt to handle a case alone when injuries have resulted, as you might find yourself in a situation where you are missing deadlines or allowing the insurance companies to push you around. Turn to an attorney you can trust at the Los Angeles Injury Group. We are waiting to hear from you at 310-954-7248.