San Pedro, CA (October 16, 2018) – At approximately 10:40 PM on Monday a motorcycle/pedestrian accident was reported at the intersection of 14th Street and Gaffey Street. Officers responded and found that a motorcycle had struck a pedestrian who was attempting to cross the intersection in an unmarked crosswalk.

The victim was immediately transported to a nearby hospital for medical treatment of her injuries only to pass away a short while later. According to police reports, the cyclist was driving down Gaffey Street heading south when he became aware of two pedestrians in the unmarked crosswalk in the road ahead of him. He attempted to lay down the bike in an effort to avoid a collision but was only successful in missing one of the pedestrians.

The cyclist cooperated with authorities and remained at the scene. No more information has been released regarding the victim at this time. 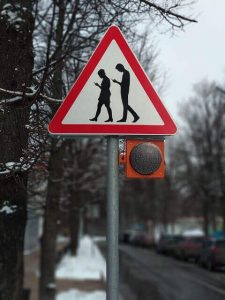 We offer our heartfelt support and comfort to the victim of this accident.

Pedestrians are always an extremely vulnerable demographic. Attempting to cross city streets, country roads, parking lots, and even highways on foot while hopefully dodging any moving vehicles is a dangerous business. It is for this reason that there are several laws in place. It is an effort to minimize pedestrian injuries and fatalities caused by automobiles. These pedestrian laws require motorists to yield to pedestrians in crosswalks and lowering their speeds in pedestrian-heavy areas. It is possible for a pedestrian involved in an accident to be found partially or wholly at fault if they are found to be acting negligently. Examples of this include being intoxicated or attempting to cross a busy street in an area with no lights or crosswalk. Either of these findings will reduce the amount of compensation that the pedestrian is entitled to under the law because the pedestrian now shoulders some or all of the fault for the accident.

If someone you know was killed in a pedestrian-involved accident you should not hesitate to call a lawyer. Hiring an experienced and knowledgeable attorney can mean the difference between receiving compensation for your loss and walking away with nothing. Don’t leave it to chance. Contact the Los Angeles Injury Group today at 310-954-7248 for a free, no-obligation consultation with a licensed attorney.

Note: We have devised this post from secondary sources. This information has not been independently confirmed so if there is any information that is incorrect in this post, please bring it to our attention so that we can immediately make the corrections. If you would like this post to be removed please let us know and we will promptly remove it.
Disclaimer: We intend to honor the victims who have been involved in these everyday tragedies. Please do not misconstrue our information as legal or medical advice by any means.