San Francisco, CA – One Person Killed and One Injured in Car Crash at Intersection

San Francisco, CA (March 4, 2019) – Police reported that one person was killed and another was injured in a car crash that took place at the intersection of Mansell Street and Visitacion Avenue.

Police reported that 44-year-old Gerard Graybosch lost his life in the accident, which took place around 7:00 p.m. on March 1st.

Police, firefighters, and paramedics were called to the scene of a collision involving a silver Nissan sedan and a silver Chevy. Graybosch had been driving the Chevy and was trapped inside his vehicle following the accident.

When paramedics arrived at the scene, they tragically pronounced Graybosch deceased.

The driver of the Nissan suffered major injuries and was taken to the hospital by ambulance. At this time, the accident remains under investigation.

We would like to take a moment to extend our sincere condolences to the family and friends of Gerard Graybosch, as well as send our sympathies to the other driver who received injuries in this accident. 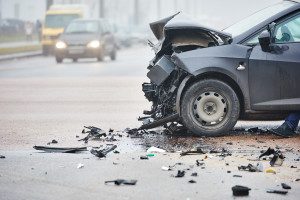 Every day, fatal accidents take place across California. In fact, in 2014 alone, it was reported that around 2,800 fatalities happened on our roads due to serious California accidents. Many of these accidents tend to take place due to negligent acts by other drivers, such as drunk driving, distractions, speeding, and more. Losing a loved one in a fatal accident might be one of the most difficult things you will ever face, but you don’t have to stand alone. Our wrongful death attorneys are here for you.

At the Los Angeles Injury Group, we have stood by the sides of many victims involved in serious accidents on California roadways. Our attorneys have handled a wide variety of cases and are here for you when a loved one has been taken so unexpectedly. You might be facing the many emotions and adverse finances that come with one of these accidents and you do not have to stand alone. Please contact us for more information today at 310-954-7248.