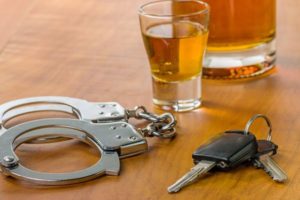 San Diego, CA (September 22, 2018) – Early Friday morning, September 21, a woman was injured and a man was arrested following a DUI accident. Two collisions were caused on the Interstate 8 Freeway.

The first collision took place around 1:15 a.m. when a white sedan crashed into a guardrail near the Waring Road overpass. Two cars then crashed into one another near the site of the first crash.

The vehicles involved, according to police, were barely recognizable when the two collisions occurred. One vehicle was overturned on its roof and another had its engine ripped out.

The collision is still being investigated at this time.

What makes a DUI accident so much different from other accidents that take place on our roadways? If you have been involved in one of these crashes, you might already know that the other driver involved has committed a serious crime. What makes these accidents so significant is that, if you can prove that the other party was intoxicated at the time of the accident, it can make gaining compensation so much easier.

Because criminal damages pave the way into civil cases, there is a good chance that the police report will reflect everything that happened and show that the other party is liable for your injuries. When somebody makes the decision to get behind the wheel of a car while they are intoxicated, they are risking all lives on the roadways and could be responsible for your damages in full.

Serious injuries stem from DUI accidents every year from head trauma and organ damage to becoming paralyzed and even fatalities. Because DUI accidents are taken seriously on our roadways and you have many opportunities to recover, we want to speak with you immediately about what we can do for you. Call us for more information at the Los Angeles Injury Group today at 310-954-7248.