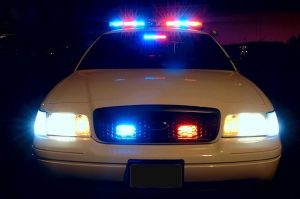 San Diego, CA (October 5, 2018) – In San Diego, a police chase collision took place after a driver fled from police and ran through a red light, only to collide with another vehicle.

The crash took place last night, October 4, around 10 p.m. A driver was fleeing from police and ran through a red light, colliding with an SUV. Police saw the man originally drive straight through a red light at the intersection. The man struck an Acura SUV when he was trying to get away from police.

The suspect got out of the vehicle and ran away from the scene. The 73-year-old in the Acura that had been struck received injuries including those to his arms, legs, and head. He is expected to survive, however.

Police are still searching for the driver that caused this serious accident.

Hit-and-run accidents are some of the most stressful, life-changing experiences that you will deal with if you have been involved in one. We wish for a full recovery for the party who received serious injuries in this accident and hope that he will be able to move forward during this difficult time.

Hit-and-run accidents are especially difficult to endure, as drivers flee the scene of the accident and leave you in a difficult position to recover from. You might find that the medical bills continue to pile up against you and that you find difficulty in returning to work when you have been seriously injured. Because of this, you want to bring a claim against a party who has caused you harm.

We want to help you pinpoint the driver who has caused your harm during this difficult time. We want to work with you every step of the way at the Los Angeles Injury Group, where your case is important to us. Call us for more information on how we can help you during this time at 310-954-7248.