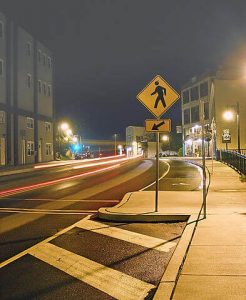 San Diego, CA (September 6, 2018) – In San Diego, a female pedestrian was injured in a hit-and-run accident on the 5 Freeway. The pedestrian was seriously injured on September 4. The suspect who struck her was identified as 74-year-old Daniel Velasquez.

The California Highway Patrol said that Velasquez was driving a Lexus on the on-ramp to northbound 5 Freeway when he struck a female pedestrian who was walking in the area.

Police said that the collision took place around 8:45 p.m. The woman was left with extensive, life-threatening injuries. She was rushed to the hospital.

Meanwhile, police said that Velasquez did not stop at the scene and fled after striking her. He was later found and arrested at his home. Police discovered that he had been drunk driving at the time.

Hit-and-run accidents are especially complicated and dangerous situations that tend to involve serious injuries. Drivers who strike another party can be held criminally liable, which will lead to charges that can help you prove your claim and move forward at this time. We extend our condolences to you if you have been injured in an accident involving a hit-and-run driver.

If you or a loved one have been the victim of a hit-and-run accident, you should speak with a trusted California personal injury lawyer.  We want to help you work toward compensation for a variety of damages such as lost wages, medical bills, rehabilitation costs, and more. We understand that you are going through a time of loss when it comes to finances, emotions, and physical pain, which is why we want to stand by your side through the complex legal system.

At the Los Angeles Injury Group, we want to help you achieve the compensation you deserve during this difficult time. Call us for more information on your case at 310-954-7248.