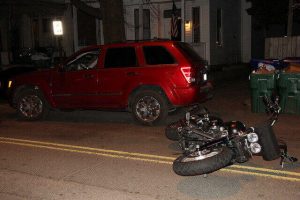 There is no further update on the motorcycle rider’s condition at this time.  It does not appears as though the U-Haul driver suffered any injuries.  Police continue to investigate this crash.

Our thoughts go out to the injured motorcyclist.  We hope for a full recovery from the injuries suffered in this serious crash.

When you have been hurt in a Southern California car accident, you should contact an experienced personal injury attorney.  At the Los Angeles Injury Group, our team works hard for you.  We make sure you are protected and that your claim is resolved fairly and quickly.