Officers from the California Highway Patrol stated that a female pedestrian was hit by a car at the intersection of 47th Avenue and 44th Street. The reason for the accident has not yet been determined. The incident was reported to authorities at roughly 6:20 p.m.

By all accounts, the victim was thrown into the air and crash-landed in the roadway as a result of the impact.

Emergency medical crews along with the Sacramento Fire Department responded to the accident since the victim sustained major injuries during the collision. She was taken to a nearby medical facility.

Her name and the extent of her injuries have not yet been released.

Our thoughts are with the injured victim and her family at this time. We hope for a full recovery. 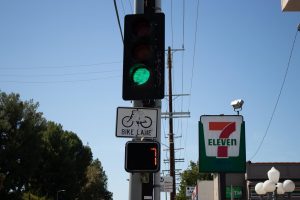 The law in California explicitly states that a driver involved in an accident is obligated to stop. They are required to give out their contact information to any other people involved and wait for law enforcement to arrive. Should the driver leave the scene before both of those things have been done, the driver is considered to have participated in a hit and run.

The single exception to this law is if the driver left the scene to procure vital medical attention. Even under those circumstances, however, the best course of action is still to leave your contact information (name, phone number, address, etc.) with the other driver before you remove yourself from the scene.

If you or someone you love has been injured as the result of a hit-and-run accident, then California law allows for you to receive financial compensation for any damages that the other driver’s carelessness has cost you.