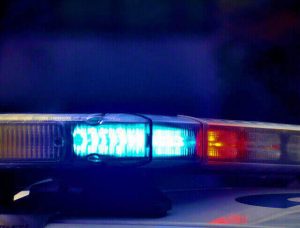 Police identified the deceased parties as 21-year-old Mirian Malaka Saad Ibrahem and 27-year-old Rees Corey. Police said that the two vehicles collided for reasons that are not yet known, but they are still investigating the incident at this time.

Police believe that one car might have been heading east while another was heading south, which is when they crashed around 11:30 p.m.

Ibrahem was pronounced dead at the scene, but Corey was rushed to the hospital. He later passed away due to his injuries.

Police will conduct a forensic examination of the scene to determine what exactly caused the crash that took two lives. We wish to extend our condolences to the families of those who lost their lives in this horrific accident. Authorities will look at every aspect, from mechanical issues to how the vehicles struck one another to determine how and why it happened. From there, they will be able to tell if the accident took place due to negligence.

If it is determined that one party was acting in a negligent manner, the surviving family of those who lost their lives will be able to bring a wrongful death claim. Family members are entitled to receive compensation for a variety of damages when they have lost somebody close to them. Those who have lost a loved one could suffer on a physical, financial, and emotional level. Nobody deserves to go through this alone, which is why we extend a helping hand to you in your time of need.

If your loved one has fallen victim to a car accident, we wish to help you at the Los Angeles Injury Group. Call us today for more information on how we can help you receive the help you deserve.