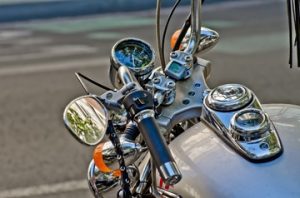 The accident happened on Sunday around 6:45 a.m. A 75-year-old motorcyclist identified as Herbert Long was riding his motorcycle east on the roadway when a Ford Mustang was traveling west. The driver of the Mustang was identified as 18-year-old Miguel Ochoa Torres.

Torres crossed over into opposing traffic when he was speeding. He struck the motorcycle that Long was operating. By the time the Coroner’s Department came to the scene, they determined that Long passed away due to his injuries.

Torres fled on foot but was eventually apprehended by police. He and his passenger, a 26-year-old, were taken to the hospital and released due to their injuries. Torres was arrested, as he had been driving drunk at the time and fled the scene.

We offer our heartfelt condolences to the family of Herbert Long during this difficult time. Motorcycle accidents end in fatalities every year in the U.S., some of which could have been prevented if drivers had taken precautions on the roadways.

In this case, Torres will probably be held liable for the crash and the death of Long as he was suspected of driving intoxicated at the time, which led to the crash. DUI cases are taken very seriously across California. If you have lost a loved one in one of these serious accidents, you might be able to bring a wrongful death claim on behalf of your loved one. We stand by your side during this time.

At the Los Angeles Injury Group, we want to help you obtain the compensation you deserve following a serious and life-changing event. Call us for more information at 310-954-7248.