Rancho Mirage, California (November 1, 2018) – Officials have confirmed, at least two people sustained injuries in a car accident that happened in Rancho Mirage on Wednesday afternoon. According to the California Highway Patrol, the accident transpired at approximately 3:48 pm in the area of Bob Hope Drive and Country Club Drive. 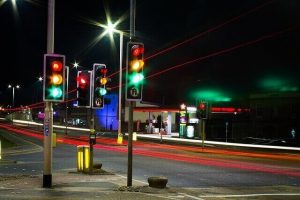 The initial police report indicates, four vehicles driving in the area of Bob Hope Drive and Country Club Drive collided into one another for indeterminate reasons. Sometime later, emergency personnel arrived on scene and the injured victims were able to seek medical aid from paramedics. The driver of the SUV and one other person reportedly had to be extricated from the vehicle and transported to a local hospital for treatment of unspecified injuries. Tow trucks were dispatched to the crash site to clear the roadway of the wreckage. The manner in which the accident occurred was not established at the time of the initial report.

No additional information has been released.

We hope those who have been injured in this accident recover quickly.

Based on the information that was initially reported by officials, police are still unclear as to what caused this multi-vehicle accident. There are many things that they will look into as they try to determine how and why this accident occurred.

If you have sustained injuries in a crash that involved other vehicles and you believe that the accident was caused by the negligent actions of another driver, you may be able to file a claim for your losses. In the event of a traffic collision that was caused by the negligence of one or more drivers, the injured victims may be able to get compensation for medical bills, lost wages, damages to your vehicle and sometimes, pain and suffering.

Call the qualified and experienced personal injury trial lawyers at the Los Angeles Injury Group today at 310-954-7248 to talk with one of our attorneys about your claim. We have your best interest in mind at all times. We will work to get you the fair compensation you deserve for your injuries.