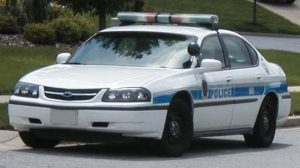 Ramona, CA (August 14, 2018) – A suspected hit-and-run in Ramona led to the death of a pedestrian Monday night.  At approximately 8:30 pm, a woman was walking near the intersection of Highland Valley Road and Handlebar Road.  At some point, she was apparently struck by a vehicle while walking.

Emergency officials received a call regarding the injured woman.  When they arrived on scene, they found her lying in the roadway.  She was pronounced dead due to injuries sustained in a collision with a vehicle.  The woman has not been identified pending notification to her next of kin.

Police are looking for a dark colored SUV or sedan, possibly a Lincoln.  The car is believed to have left the scene after hitting the pedestrian.

Police are still investigating this incident.

Our sympathies are extended to the friends and family of the deceased pedestrian in this accident.

In 2016, California led the nation in hit and run fatalities, with 337 according to the AAA Foundation for Traffic Safety.   The State of Texas was in a distant second with 233 and Florida was in third with 206.  California is experiencing somewhat of a hit-and-run epidemic.

While most drivers remain at the scene, some make the unwise choice to leave.  If you are involved in a hit-and-run crash, it is important to secure the services of a Los Angeles hit-and-run attorney immediately.

Your attorney will be able to get you some compensation while the other driver is in the process of being located.  At the Los Angeles Injury Group, we strongly believe that every innocent accident victim should be made whole again.