Both drivers were allegedly under the influence of drugs and/or alcohol at the time of the accident.

The truck driver was immediately transported to the hospital for severe injuries, while the status of other injured parties has not been revealed at this time. Both vehicles sustained extreme hood damage. White Avenue was closed down while authorities conducted their investigation.

The investigation into the cause of this tragedy remains ongoing.

We send our condolences to the family members of the victim involved in this incident.

Since 2013, California car accidents have increased by 28%. An astonishing 40% of California motorists have admitted to using cellular devices while operating a vehicle. In total, California accounts for 12% of the nation’s auto fatalities. 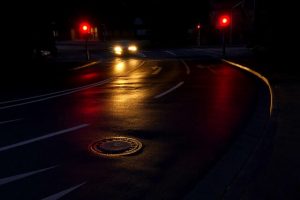 Irresponsible drivers who are distracted by their cellphones, radios, and rubbernecking pose a serious threat to other motorists. Negligent drivers can cause serious personal injury or worse to you and your loved ones. If you find yourself the victim of someone’s recklessness, contact a professional Calfornia car accident lawyer.