Pinole, CA (November 14, 2018) – According to the California Highway Patrol, around 8:16 Tuesday evening a two-car collision resulted in some minor injuries to those involved.

The accident, which closed won several lanes of traffic, took place on westbound 80 freeway at Pinole Valley Road, just west of the Appian Way off-ramp. An ambulance arrived at the scene of the accident to treat those who had suffered injuries.

According to compiled data, the state of California saw 162,711 car accidents 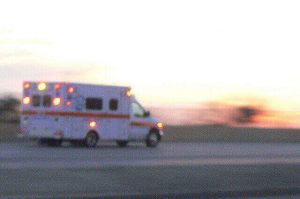 that resulted in at least one injury in 2014 alone. This statistic does not take into account accidents in which no one was injured, accidents that went unreported, or accidents in which at least one person died. California has a very high population density and it is also a world-famous tourist destination so there is a constant barrage of people driving on California roadways. This greatly increases the likelihood of being involved in an accident with one or more other drivers. It also increases the likelihood that you will be injured in a car crash.

Multi-vehicle accidents can be tricky to handle because fault must be determined before anything else can happen. This often requires a lengthy investigation and a lot of legwork. Here at the Los Angeles Injury Group we pride ourselves on our investigative abilities and use them to ensure that you are able to collect on all damages to which you are entitled. If you have been the victim of an accident in which you believe another driver to be at fault then do not hesitate to reach out to us at (310) 954-7248. Take advantage of our free consultation and let us go over the specifics of your car accident case with you and show you what options you have available.