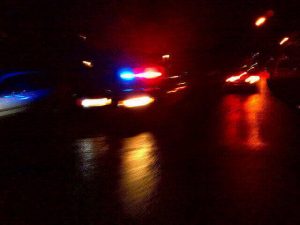 Petaluma, CA (October 9, 2018) – In Petaluma, two people lost their lives in a fatal head-on collision that took place on Bodega Avenue near Lohrman Lane. The accident happened on Sunday morning, October 7. The Sonoma County Sheriff’s Office responded to the scene.

Police say that the accident happened around 10:25 a.m. on Bodega Avenue near Lohrman Lane. Harris was driving a van westbound when his vehicle suddenly crossed the double yellow lines and into the path of Mello’s eastbound pickup truck.

The two vehicles collided head-on. Mello and Harris both died at the scene of the accident.

Neither driver expected the accident, as neither tried to brake before it occurred. The investigation into the matter continues.

We wish to extend our sincerest thoughts and condolences to the family and friends of the parties who lost their lives in this serious accident. After you have lost somebody close to you in an accident, you might wonder where to turn in your time of need. Luckily, you have help on your side.

After a serious car accident, you might wonder what options you have to compensate on behalf of a loved one whose life was lost in an accident. You can do this through a wrongful death claim, which will help you gain compensation for aspects like lost wages, medical bills, funeral costs, and more associated with the death of a loved one.

We want to stand by your side every step of the way at the Los Angeles Injury Group, where your case is important to us and your voice deserves to be heard. Call us for more information at 310-954-7248.