Perris, CA (June 13, 2019) – Patricia Workman, 55, was killed in a hit-and-run crash on June 12th. The collision occurred at the intersection of the Ramona Expressway and Evans Road around 8:30 a.m.

Reports claim that Workman was driving her Toyota Camry north on Evans when she was struck by a black 2005 Nissan Xterra. The Nissan was speeding as it ran a red light at the intersection and collided with Workman’s Camry.

The collision forced both vehicles into the westbound lanes of the expressway, where they would crash into a 2014 Chevrolet van. Workman was pronounced dead at the scene. Other minor injuries also resulted from the crash. The 29-year-old driver of the Nissan fled the scene on foot following the accident but was later apprehended. The Nissan driver was hospitalized with significant injuries and remained under investigation for vehicular homicide.

We send our condolences to all the victims in this accident. 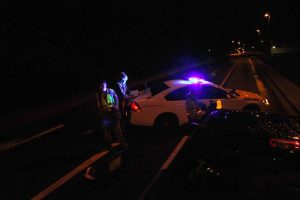 
Tags: hit-and-run crash at Ramona Expressway and Evans Road, Perris CA - Patricia Workman 55 Killed in Hit-and-Run Crash at Ramona and Evans, Workman was driving her Toyota Camry north on Evans Road when she struck by a black 2005 Nissan Xterra.