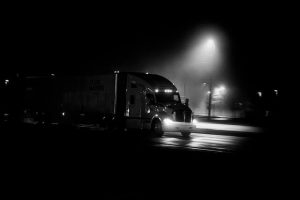 Palmdale, CA (August 22, 2018) – 37-year-old Casey Owens was identified as the man who lost his life in a fatal semi-truck accident in Palmdale. The accident took place on August 20.

Police officials were initially called to the scene on 47th Street to find that a Toyota Corolla and Peterbilt truck collided. The incident took place around 5:45 a.m.

They found that the 37-year-old driver of the big rig was headed northbound at the time and suddenly ran a red light in the area. This caused him to strike the Toyota driven by Casey Owens. The impact of the crash was extremely forceful and caused Owens to die at the scene of the incident.

The driver of the big rig did not receive injuries.

Police officials do not believe that there was alcohol or drug use present at the time of the incident. They continue to investigate at this time.

Truck drivers have extensive training when it comes to being permitted to dominate our roadways. They are one of the largest vehicles to grace the road, which means that they must be extremely careful when in the presence of others. It is not uncommon to see truck accidents on California highways, especially with the prevalence of these large trucks delivering goods from place to place.

We handle many truck accident cases in California and want to stand by your side as you work toward the compensation you deserve at the Los Angeles Injury Group. Call us for more information on how we can aid in your claim at 310-954-7248.