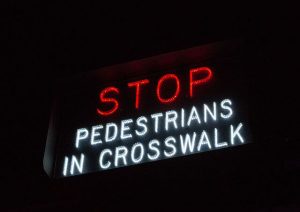 Oroville, CA (October 12, 2018) – Police said that one person was killed and two others were severely injured in a DUI pedestrian accident in Oroville. The accident took place Wednesday night, October 10.

Police responded to the accident around 9:20 p.m. that night on Lower Wyandotte Road.

The driver was identified as John Mandril, who had been driving eastbound on the roadway when he approached two stopped vehicles in front of him. He didn’t notice that the cars were stopped and swerved to the right into three women who were walking alongside the roadway.

The three women were since identified as Alyssa Gramps, Wheynama Sutfin, and Hillary Wilhite. They were all struck and suffered severe, life-threatening injuries. Wilhite, specifically, was taken to the hospital where she was pronounced dead. The two others suffered severe injuries and their current conditions are unknown.

Mandril was determined to be driving under the influence at the time. He was arrested and taken to jail.

Pedestrian accidents are always life-changing and traumatic in nature. They will sometimes lead to severe injuries, while in other cases they lead to fatalities to those involved. We wish to extend our condolences to those involved in this accident and hope that Wilhite’s family will be able to move forward during this difficult time.

When a crime happens at the time of an accident, the party who committed this crime will typically be held liable in the event of the accident. Two of the most common crimes that take place in accidents are hit-and-runs and drunk driving. If the police came to the scene of this accident and devised a police report, you will be able to use this to pave the way into a case for civil damages.

You have a right to compensation after you have had to say goodbye to a loved one too soon. Pedestrian accidents are life-changing for families and can bring a lot of turmoil. If you are suffering emotionally and financially due to a pedestrian accident, you have rights and we want to protect you at this time. At the Los Angeles Injury Group, we want you to know that we are on your side. Call us for more information today at 310-954-7248.