The natural gas explosions in several Massachusetts neighborhoods that made national news last week have prompted questions about the age and vulnerability of the nation’s natural gas distribution system that delivers America’s most-consumed fuel source. Many environmental advocates and experts say the deadly gas explosions show the risks of fossil fuel infrastructure accidents, which are rare but high-impact, and demonstrate the need to move faster toward renewable energy sources. Others say the explosions in Massachusetts are out-of-the-ordinary and caused by human error, highlighting the fact that old, leak-prone local gas distribution systems need updating.

Cause of Massachusetts Gas Explosion

Authorities say the deadly explosions were caused by too much natural gas being pumped into a pipe owned by Columbia Gas, a local utility company that owns and operates nearly 5,000 miles of gas pipeline across the commonwealth. This overpressure forced the gas to leak into homes and destroyed dozens of residences in the Boston-area suburbs of Andover, North Andover, and Lawrence. Twenty-five people were injured in the residential area explosions, and one man was killed.

Since 1998, at least 646 serious gas distribution accidents have occurred across the country, injuring nearly a thousand people and causing well over 200 deaths, according to research by the Pipeline and Hazardous Materials Safety Administration. The most recent large-scale deadly natural gas incident occurred in 2010 in San Bruno, near San Francisco, when an 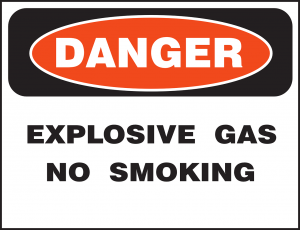 electrical failure caused gas to flow at high pressure into an old pipeline running through the idyllic suburb, causing an explosion that killed eight people and destroyed 38 residences.

Blastwave injuries occur when the high-pressure wave of an explosion comes into contact with your body. Blast waves can cause concussions, blast lung, eye rupture, inner ear damage, and abdominal perforation. Flying debris injuries occur when small pieces of shrapnel that are released and accelerated by the explosion penetrate or strike the body.

This category of injury includes puncture injuries and eye penetration (sometimes resulting in complete blindness). Impact injuries occur when your body is tossed by the blast. Brain injuries and bone fractures are common results, as are concussions. In some cases, traumatic amputation and even decapitation occur as the result of the impact of your body being thrown against a hard surface.

Those injured in natural gas blast explosions may suffer physical disfigurement as the result of permanent burn injuries to the face or extremities. Even if such an injury does not disable someone, the psychological distress and social stigma attached to it represents a serious and real loss. Physical impairment, such as paralysis, can prevent people from enjoying day-to-day activities such as walking, athletic pursuits, and romantic activities that they may have once taken for granted. The damage is largely psychological, even if the injury was purely physical.

At Los Angeles Injury Group, we know how serious natural gas explosions can be. Therefore, we do everything within our power to best assist our clients in getting everything they deserve and we believe our clients should receive compensation for any damages and losses they’ve suffered. If you, or someone you love, received injuries as a result of a natural gas explosion, give us a call at (310) 954-7248.