Most Dangerous Intersections in Los Angeles

Like most metropolitan areas, Los Angeles, California has taken big strides towards becoming less reliant on individual automobiles. The city has begun emphasizing mass transit, as well as bicycle friendly roads. It has even instituted a plan called Mobility Plan 2035 where it hopes to see a drastic reduction in the number of cars on its road and improvements in public transport over the next 17 years.

A recent review of collision data gathered in 2015 shows that 221 out of the top 444 most dangerous intersections in California can be found in Los Angeles. To put in a perspective that is a little easier to imagine, that’s eight out of the top 10. The greater Southern California area itself is home to 90% of the intersections on the list. The county of Los Angeles also leads the United States in pedestrian-involved accidents, showing 207 deaths alone in 2014. 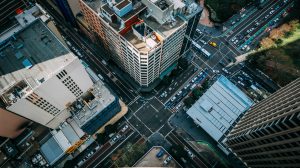 This number is more than double that of the runner-up for pedestrian deaths, which is Maricopa County, Arizona. If you have been injured in a car accident that took place in the Los Angeles area you should contact a personal injury attorney right away. In the meantime, steer clear of the following intersections if you can help it.

This notorious Northridge intersection saw a total of 24 car accidents in 2015 resulting in 41 total injuries. Luckily enough there are no fatalities listed in the charts but good luck can only stretch so far. The Northridge area is full of shopping centers and major retailers so it sees an incredibly high volume of traffic in this already crowded metropolitan area. Interestingly enough, this intersection is also located almost comically close to the Los Angeles Police Department.

This intersection near Dockweiler Beach has very similar stats to the previous intersection. This particular stretch of road saw a total of 26 car accidents but only left its victims with a grand total of 39 injuries and, once again, no fatalities.

It is no coincidence that the third most dangerous intersection in Los Angeles is mere blocks away from the Northridge campus of California State University. The neighborhood of Northridge hosts both the first and third intersections on the list. This particular location saw 26 car accidents in 2015 with a total of 37 injuries. Once again, no fatalities were reported.

This intersection has comparatively meager numbers, boasting only 16 crashes in 2015 along with only 31 injuries. It is important to note that, while fewer in number, the car accidents that took place at this intersection had a greater number of serious and near-fatal accidents than its other four Los Angeles counterparts.

While these intersections may be the most likely place for car accidents, they are certainly not the only place for them. Seeking a qualified personal injury attorney as soon as possible after a car accident is your best bet for recovering compensation for lost wages, medical bills, hospital bills and other damages that you may be entitled to under the law. For a free consultation with a licensed attorney, contact the Los Angeles Injury Group at (310) 954-7248 today.