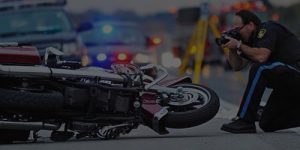 Morgan Hill, CA (August 18, 2018) – A motorcyclist died in a crash with a big rig on Friday.  The crash occurred in Morgan Hill on southbound Highway 101.   Around 2:20 pm, police were called to the crash scene.  When officers arrived, they discovered the bike as well as the motorcycle rider pinned beneath the semi.  It is unclear exactly how the crash occurred.

The rider suffered critical injuries.   Unfortunately, he was unable to survive the crash.  The truck driver was not injured in the collision.

The California Highway Patrol continues to investigate this crash.  There is no further information available at this time.

Based on the information provided, police are not clear at this time why the crash took place.  A further investigation will be needed to determine the reasons for this accident.  Officers will conduct a forensic evaluation of the scene, including taking pictures, examining the scene itself and considering witness statements. Other factors such as speeding, distraction and impairment may also be considered.  Following the investigation, the investigating officer will complete a written report with detailed findings regarding the cause of the crash.  This report may become crucial later as the injured victim could seek to recover for their injuries.

In California, those injured by the negligence of another may have the right to bring a personal injury lawsuit against the other driver. If the case is successful, the injured victim may receive compensation for pain and suffering, lost wages and medical bills.

At the Los Angeles Injury Group, our attorneys want to help you receive the compensation you deserve.  To speak with one of our Los Angeles personal injury attorneys for free, call us today at 310-954-7248.