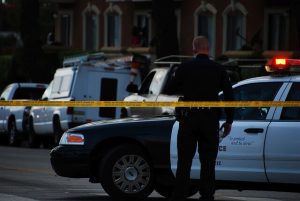 Based on the police report, Rigoberto Alvarez was driving a 2003 Honda Civic south on Ustick, when he reportedly ran the stop sign at service. Faye Beard was the driver of a 2005 Kia Sportage heading west when the Civic crossed into her path. Her vehicle collided with the driver side of the civic, and both cars came to a stop on the shoulder of the service road west of Ustick. Sometime later, California Highway Patrol and Firefighters were dispatched to the scene where they were able to render aid to the injured victim and transported Ms. Beard to a local hospital to evaluate the severity of her injuries. Rigoberto Alvarez was pronounced dead at the scene of the accident.

The Stanislaus County Coroner’s Office will conduct an investigation and autopsy of Alvarez to determine the cause of death.

According to the information provided by the California Highway Patrol, there are issues surrounding the accident that remain unsolved. As the investigation continues, officials will consider if drugs, alcohol, negligence, or distracted driving played any role in the events leading up to the accident. Likewise, forensic teams will inspect the vehicles and examine photos of the crash site to determine if mechanical issues or system failure contributed to the collision.

If you or a loved one have been in an accident resulting in injury or fatality due to the negligence of another party you may be entitled to compensation. Contact the qualified lawyers at the Los Angeles Injury Group today at 310-954-7248 to discuss your claim.  We are here to help you get the most compensation for the injuries that you received because of the negligent actions of another.