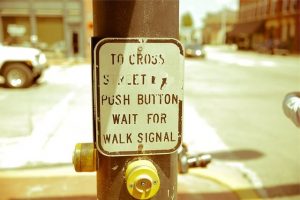 Modesto, CA (September 28, 2018) – A 6-year-old child was injured in a vehicular accident at the intersection of West Rumble and Carver Roads due to being struck by a motor vehicle.

The accident, according to authorities, took place on September 27. The girl had been walking with her mother and other children. At the time, her mother was taking her to Eisenhut Elementary. The group started crossing Rumble, which was when they were struck by a passing black Dodge Ram truck. The driver remained at the scene so that they could cooperate with police.

Paramedics rushed the girl to the hospital for treatment of serious injuries. One of her injuries was a broken femur. At this time, her name has not been released.

We wish to extend our condolences to the 6-year-old child who was seriously injured in this accident and we hope that she has a speedy recover.

If you are the parent of a child who has been injured in an accident, you can bring a personal injury claim on their behalf so that they can receive damages for their injuries. The medical bills might start to pile up after a child has been injured in an accident and it could also take a huge emotional toll on their life. Because of this, it is important to speak with an attorney before you move forward. Children are offered many more protections than other parties on our roads, which means that you might be able to bring a claim for the compensation they deserve and move forward.

At the Los Angeles Injury Group, we care about your right to receive compensation and want to stand by your side. Call us for more information on how we can help in the midst of your case at 310-954-7248.