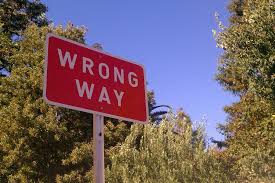 Madera, CA (July 30, 2018) – Two adults were killed, and three others were injured in a horrific wrong-way crash in Madera over the weekend.  67-year-old Pablo Barba and 69-year-old Catalina Barba died in the crash which occurred around 3:00 am Sunday on Highway 99. 26-year-old Valentin Barba, along with a 12 and 13-year-old boy suffered serious injuries.  All were members of the same family.

Police say that a 2010 Toyota Corolla driven by 24-year-old Samantha Pena crashed into the 2006 Ford Explorer occupied by the Barba family.  At the time of the crash, Pena was traveling the wrong way on Highway 99.  Pablo Barba was driving the Ford Explorer.  All occupants of the Ford were wearing seat belts when the crash occurred.

There is no word at this time on why Pena was driving the wrong way.  Police have not released an official cause of the collision.  There is no mention on whether alcohol or drugs played a part in the crash.  No further details are available at this time.

Our thoughts are extended to the friends and family of those killed in this terrible crash.  We hope that the injured victims quickly and fully recover.

A wrong-way crash is one of the scariest types of vehicle collisions.  There are a few causes typically associated with a wrong way driver, though most common among them is impairment.  Police will no doubt conduct a forensic toxicology analysis to determine the driver’s impairment level in this collision.  The results of that test will hopefully provide some answers to why this crash occurred.

If you or a loved one have been injured due to another driver’s negligence you could be entitled to compensation.  You should seek the services of a trusted and experienced Southern California personal injury attorney.  At the Los Angeles Injury Group, we put our clients first.  We offer free consultations and do not collect a fee unless you also recover for your injuries.