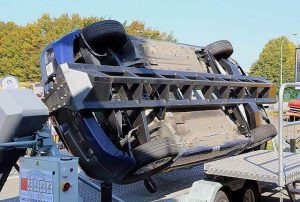 Police say the accident took place on Highway 152. At the time, a 25-year-old Fresno man had been driving eastbound just west of Volta Road with a 26-year-old woman and a 1-year-old child in the back. The driver started drifting into the center of the median.

Police said that they believe the accident took place when the driver noticed that they were drifting and over-corrected to the right. The vehicle was quickly sent into a field, which is where it rolled several times. The female passenger suffered injuries due to the accident. She was quickly taken to a local hospital for major trauma and lacerations.

The condition of the child is not known at this time, but police continue to investigate.

Out of all of the accidents that take place on our roadways, rollover accidents are some of the most life-changing and traumatic. Many of these accidents lead to serious results like injuries that are permanent in nature or even end in the loss of life of the parties involved. If you have survived a rollover accident but you have been seriously injured, you might have rights under California personal injury law and we want to stand by your side.

We want to extend our sincerest condolences to the parties who have received serious injuries in this accident that could have been prevented. Though authorities continue to investigate, it is clear that one party will be held liable and that all injured parties will be able to seek compensation.

If you have been involved in a rollover accident, you might have received one or many serious injuries. These accidents tend to lead to brain trauma, lacerations and bruising, organ damage, and more. If you have been plagued by medical bills, missed time at work, and a variety of other damages in your life, you may have a right to compensation from a party who has caused your injuries.

We want to stand by your side to ensure that you receive the compensation you deserve at the Los Angeles Injury Group. Call us for more information at 310-954-7248.