Los Angeles, CA (August 21, 2019) – Injuries were reported in a Los Angeles traffic collision on Wednesday. The accident occurred at 12:07 p.m. on August 21st, on CA-170/Hollywood Freeway near Victory Boulevard.

Reports claim that gold pickup truck with a trailer attached swerved on the freeway and blocked all lanes. Vehicles were reportedly sliding in the oil and crashing into one another as a result of the accident. In total, six vehicles were involved in the devasting crash. A big rig was also involved in the accident and had a large amount of oil underneath the rig. CHP did not specify the exact number of victims hurt in the crash.

Scarce details have been released regarding the accident, and it is unclear if alcohol, drugs, or human negligence were factors. The identities of the victims also remain unknown at this time. CHP is investigating the cause of this accident.

We wish for a speedy recovery to all victims involved in this devastating accident. 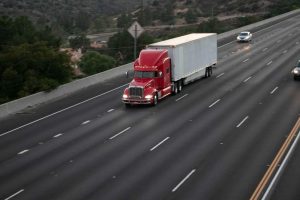