Long Beach, CA (January 8, 2019) – In Long Beach, police continue their search of a man who struck and dragged a pedestrian in a fatal hit-and-run accident around 7:50 p.m. last evening.

The pedestrian has since been identified as 79-year-old Elias Sanchez, who was struck and dragged by a driver who then fled the scene on North Paramount Boulevard. Police came to the scene of the accident and found the victim, who showed signs of being struck and dragged.

Sanchez had been crossing South Street in the area of Paramount Boulevard when he had a green traffic light. A white cargo van had been traveling westbound and struck Sanchez, then dragging him about 900 feet as the driver failed to stop or call for help.

A second motorist did not see Sanchez in the roadway and attempted to swerve to miss him. The driver accidentally hit Sanchez but stopped and called the police. Police and paramedics quickly arrived.

The man was tragically pronounced dead at the scene. Police are searching for local security videos that might give them insight on who might have struck the pedestrian and fled.

We would like to take this time to extend our sincere condolence to those who have lost their loved one in this accident. At this time, it is important to understand that you have many significant rights following an accident, especially when you have had to say goodbye to somebody close to you. 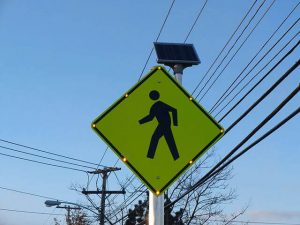 Any type of hit-and-run accident, including hit-and-runs, can be extremely serious and very severe. If you have lost somebody close to you, you probably have many questions about how you can move forward. Nobody should have to stand alone if they have lost a loved one in an accident due to the negligence of another party. As police investigate, it might be time to retain your rights and speak with an attorney immediately in the midst of your wrongful death case.

Our accident attorneys at the Los Angeles Injury Group have committed their lives to helping the victims of inattentive drivers. We realize that these accidents can be overwhelming on physical, emotional, and financial levels, but there is hope on your side. If you have lost somebody close to you in an accident due to negligence on behalf of a reckless driver, do not hesitate to contact us for more information at 310-954-7248.