The elderly man was crossing Willow Street via an unmarked crosswalk at La Vere Drive when he was struck by a pick-up truck. The truck continued driving–neglecting to stop and render aid or to remain at the scene.

When officers from the Long Beach Police Department arrived, the victim was lying in the middle of the street. Emergency technicians transported the victim to a nearby hospital, although he ultimately succumbed to his injuries.

Police have issued a statement saying that the hit-and-run driver was in a white Toyota Tacoma and was going west on Willow Street. 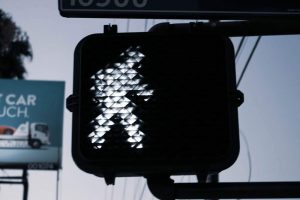 All too often, families who endure the tragedy of a wrongful death also endure massive financial losses, both upfront and into the future. These financial losses include expenses related to the deceased’s medical care, funeral costs, burial costs, and lost future income. The pain and suffering that surviving friends and family must deal with are immeasurable.

When another person’s reckless, careless, or malicious behavior is the cause of death for another person, the deceased’s surviving family members can bring a claim against the responsible party.

If you or someone you love has been killed in a pedestrian-involved accident then you may have a right to financial compensation to cover any damages such as hospital bills, lost wages due to time away from work, pain, suffering for this wrongful death. Here at the Los Angeles Injury Group, we will stand by your side throughout your case and make sure your rights are protected. For a free consultation regarding your case, call us today at (310) 954-7248 and find out what we can do for you.